Ireland has long had a reputation internationally as a nation of drinkers, with half the world celebrating the Irish national holiday by painting their city’s street green with vomit. The reputation is well earned with the country coming top five in the World Health Organization’s drinking ranking, despite being beaten to the top spot by those beer loving Germans (but as you say in Toronto, “there is always next season”). What many outside the Emerald Isle might not realise is that modern Ireland’s famous forty shades of green are as likely to be found in zip-locked bags of weed as in fields of grass with the average Irish person now smoking more marijuana than the stereotypically dope loving Dutch according to the UN’s 2011 drugs report. In the last EU elections the small rural, formerly extremely conservative and staunchly Catholic country even elected a pro-cannabis legalisation campaigner by the name of Luke “Ming” Flanagan to represent them. A man who gained his nickname by running his first campaign for the national parliament dressed as Ming the Merciless from Flash Gordon,

This man has been elected not just once, not twice but thrice by the Irish electorate. then a Member of Parliament…

and finally a Member of European Parliament. You just can’t make this kind of thing up!

Alas Mr. The Merciless’s tireless efforts at soft drug law reform have been about as successful as his namesake’s attempts to kill Sam J. Jones and Brian Blessed and become Master of the Universe. Cannabis and all its derivatives remain Schedule 1 controlled substances, the lowest level of illegal drugs, in the Republic of Ireland. However, in a bizarre turn of events that belong in an acid trip rather than reality, an appeals court decision found that the addition of several chemical compounds in 2010 to the list of illegal substances under the Misuse of Drugs Act of 1977 was unconstitutional due to a legal technicality. That meant that from March 10th to 12th hundreds of class A drugs including MDMA and crystal meth were completely legal in Ireland until the government pushed through emergency party-pooping legislation to stop the island from becoming a cold, rainy Ibiza. Presumably the report was released a week earlier than originally intended due to pressure from the Guinness corporation who did not want anymore new competitors in the legal intoxicating chemical market on their biggest day of the year.

Besides making the country look more insane to the outside world than it usually does, this has led to some other strange situations. A member of the comedy rap duo* The Rubberbandits, a band famous for songs about the superiority of riding horses over driving cars performed while wearing plastic bags for masks, took mind altering substances, clearly not for the first time, and was interviewed on Irish primetime national radio. Unsurprisingly the interview was like most conversations with drug users on the issue of legalisation; a mixture of encyclopedic knowledge on why the war on drugs has been a failure combined with non-sequitur tangents about whatever strange thought happened to pass his mind at that exact moment. He moved quickly from noting the global shift in attitudes towards reform of current laws to claiming that this was not a new issue because Nobel Prize winning Irish proto-postmodernist playwright Samuel Beckett “was mad for sniffing permanent markers”. The Beckett estate has yet to confirm or deny these allegations.

The Rubberbanis: Ireland’s next poets laureate.

Stranger still, if that is possible, this is not even the only time that this type of situation has happened in the small island of Éire. Up until 2006 magic mushrooms where entirely legal in Ireland as long as they were unprepared; mostly because many of them grow on cow shit and arresting every cow farmer for drug dealing is not an option in a country where cows are so common they used to be the currency. This technicality meant that bong shops were free to import all sorts of exotic strains from around the world as long as nobody left them out to dry. This goes a long way in explaining a lot of things about Ireland, especially why there has been a noticeable drop in leprechaun sightings nationwide in the last decade.

But it’s not just drug laws that Ireland’s government has had problems implementing in any kind of sane manner. In the same week that virtually all pills and powers became legal in Ireland, the government was busy almost accidentally illegalising straight marriages due to another technicality. In the Republic of Ireland Irish-Gaelic is the official first language, despite being the third most widely spoken after English and Polish, meaning that the Gaelic interpretation of any law takes supremacy over the English one. Due to the complicated nuances of a language that has no direct translation for the words “yes” or “no”, but three different words for all numbers, this meant that when the change to the law was drafted in English to say “A couple may, whether they are men or women, make a contract of marriage” the Gaelic interpretation could have been read to mean only same-sex couples could legally marry. While support for gay marriage in Ireland is currently so high LGBT people are coming close to outnumbering those voting against it, there are currently no official plans to try to ban straight people from marrying.

Despite what has been described by some as a week of full Caligula style decadence, Ireland has yet to collapse into total chaos. The momentary legalisation of various drugs and near illegalisation of heterosexual marriages has not caused the gates of hell to open and swallow the whole island. Twenty-four hours of drug legalisation did not lead to an Irish reality TV remake of “The Purge”. Some people threw a “Loophole Party” and Vice came to visit, but secret drug parties and Vice articles about them are nothing new. As of yet there have not been any reports of an increase in accidents or overdose rates. The world kept turning, though now mostly turning towards Ireland to point and laugh or book flights. As both Ming and The Rubberbandits, and many more besides have said, this hilarious accidental incident is an opportunity to have a serious conversation about the issue, not just in Ireland but internationally.

It might seem ridiculous to take advice on this issue from people whose names, lifestyles or mere existences seem to confirm the suspicions that all drug users are brain damaged and legalisation will result the collapse of society, but like medieval jesters, it is often only the freaks and jokers who can first safely speak truth to power. They may seem like side show circus acts now but historically most political change starts out as an amusing oddity. A century ago in Ireland full independence from the UK was viewed as extremism and it’s supporters as eccentric. Like many leftwing movements today, especially drug law reform, it attracted poets, artists and occultists. Its neo-Celtic nationalism was viewed as ridiculous, names like Pádraig Pearse were oddities as were those like him who attempted to revive dying languages or traditional dress. Nowadays in the Republic of Ireland those same people are revered as national heroes and the language is the official law of the land.

Similarly just over 20 years ago homosexuality was illegal in Ireland. Again it was thought to be the exclusive preserve of eccentric artists like Oscar Wilde. Nowadays it is not just legal but legally protected against discrimination. The times have changed so much that the current Minister for Health is openly gay and the Prime Minister now visits gay bars for photo opportunities with the country’s world famous drag-queen Panti Bliss. 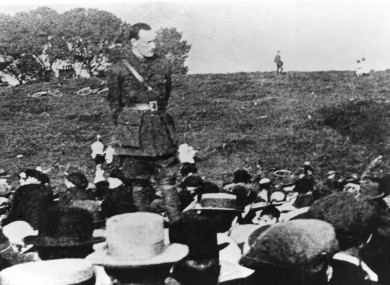 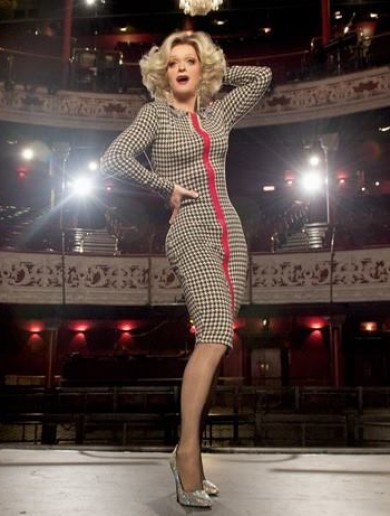 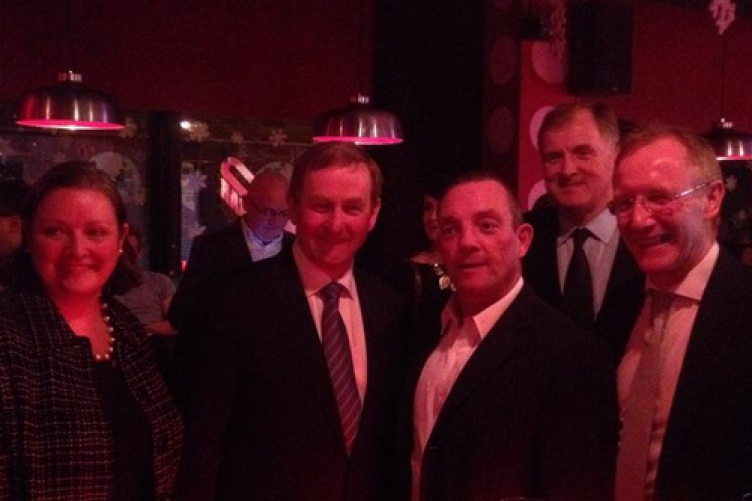 Taoiseach (Prime Minister) Enda Kenny with Rory O’Neill in his club The Patibar.

A global conversation on drug laws is clearly necessary and while class A drugs may be illegal for good reasons, it is important to note that society does not collapse when they are not, even in a country with a reputation for partying hard. It is unlikely that Ireland will legalise any controlled substance anytime soon, let alone ecstasy or ketamine, but as the English speaking world recovers from St.Patrick’s Day we should remember that many drugs are already legal and that even though those people who wish to legalise others may seem odd or eccentric now, they may be remembered as pioneers tomorrow.

*  Yes, believe it or not there is Irish hip hop! Yes, besides House of Pain’s “Jump Around”.